After looking into the Yashica Electro camera line, I pulled out a Yashica TL-Electro that has been humbly sitting on the shelf for several years. The camera has al the good reasons to be humble, being one of a large group of almost indistinguishable compact SLRs that were churned out in the 70s.

Before the Great War compact SLR cameras were solely European. Pentax put a foot in the door with the 1953 Asahiflex, followed half a decade later by Miranda and Nikon. Thereafter the flood gates had opened and all camera manufacturers took a head dive into this segment. Yashica came on board in 1960, offering modest and unsuccessful compact SLR cameras, till it ceded altogether in the early 2000s. The CONTAX line, manufactured in collaboration with Zeiss, was an antipode to the low to the mid-market image of Yashica and was separately promoted, much like today’s premium car brands that the Japanese and Korean carmakers offer.

Saying that many cameras of the time resembled each other is not incidental. Cameras were made by one manufacturer and sold under other manufacturers’ or distributors’ tags.  Yashica did not much partake in that, although made cameras for several distributors such as Foto Quelle and Photo Porst in Germany; as well as Ward’s in the US.

The TL-Electro is a boring camera, not pretending to be anything else. There is hardly any online information about it, save for the “I got this camera from my uncle/father/grandfather and don’t have any information” kind of questions. There is only what is needed to shoot pictures. Shutter speed, aperture, and focusing dials. Nothing more, no fancy features. Further, all dials are where you expect them to be which is more I can say about other cameras.

The name subscribes to the successful Electro rangefinder line, with the TL prefix, assuming ‘through the lens’ measuring, which it is. Together with the name, the Electric crest is borrowed from the rangefinders. The original Yashica Electro cameras got their names from the electrically operated steeples shutter, here it is an ordinary shutter.

All the user has to do is to set the ASA dial (hidden within the shutter speed dial) to the matching film speed, and is good to go. Thereafter the camera is manual, with a coupled meter, displaying exposure in the finder. It is oddly done, rather than up/down lights, coloured or otherwise as in the Electro, or a needle as in most cameras at the time, Yashica decided on a spur. Or this is what I reckon it looks like, offers welcome. Anybody said Klingspor?

The display has three positions: half up, for overexposure, half down for under, and both together for a shape I cannot name, that marks correct exposure. All that in phosphoric green. The exposure guide is activated via a lever on the lens assembly by the left, where you would expect to find a lens release catch, only here the lens is threaded. The lever can be half-pressed for momentarily display, or fully pushed down where it stays on. It has to be disengaged to switch off, as I don’t think there is an auto-shutoff.

The meter indicator is the only feature to use a battery. The battery is installed in an odd place, at the backplate. It was meant to use two PX-640, a total of 5.4V, unavailable anymore. You can use two LR44 or equivalent, with two matching adapters, available online. I used a homemade adapter, similar to the one for the Electro rangefinder.  I believe there is a model variation using one battery but haven’t seen one.

The camera I have is about 45 years old. Operating as it should, evidence of the quality Yashica invested in their cameras. I can hardly remember a West European camera of such an age that did not need attention, let alone East German or Soviet. Seals are good, mirror clean, and meter responsive. The battery chamber needed the customary scrubbing, as well as the thread on both cover and body. This is the former owner’s fault, not Yashica. 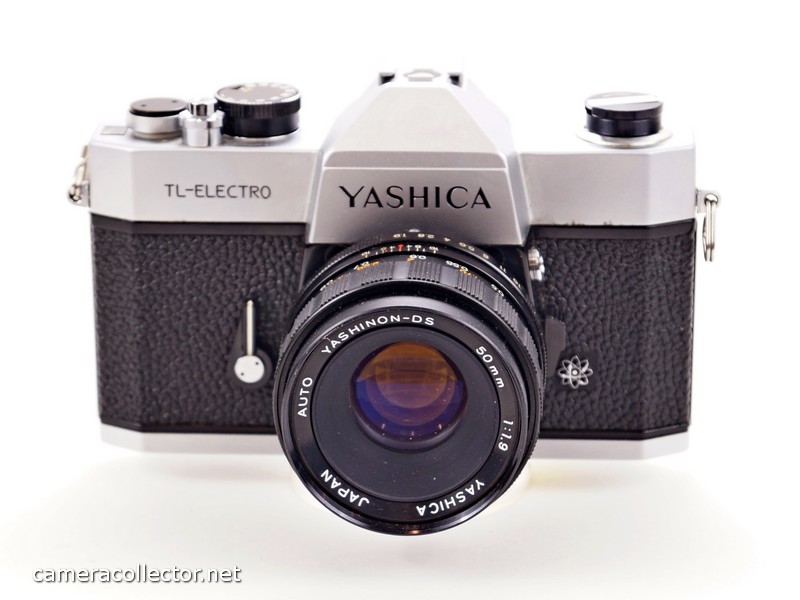 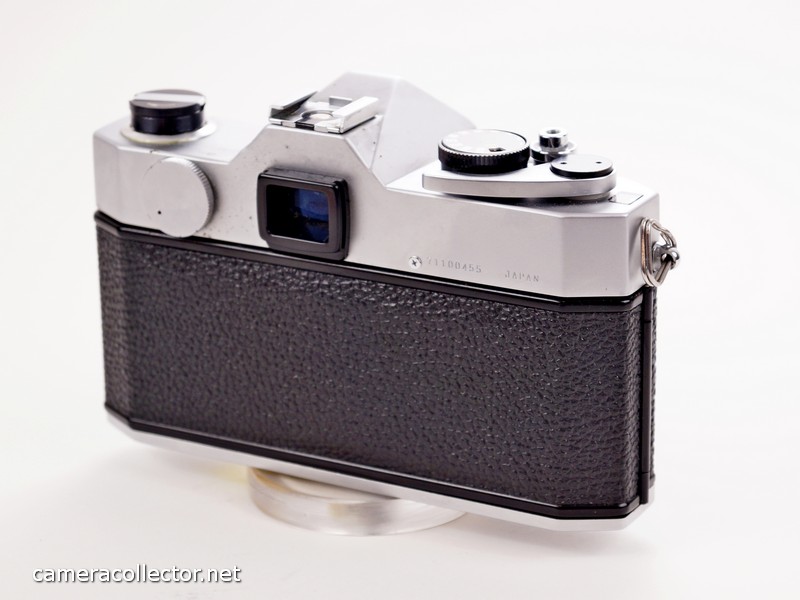 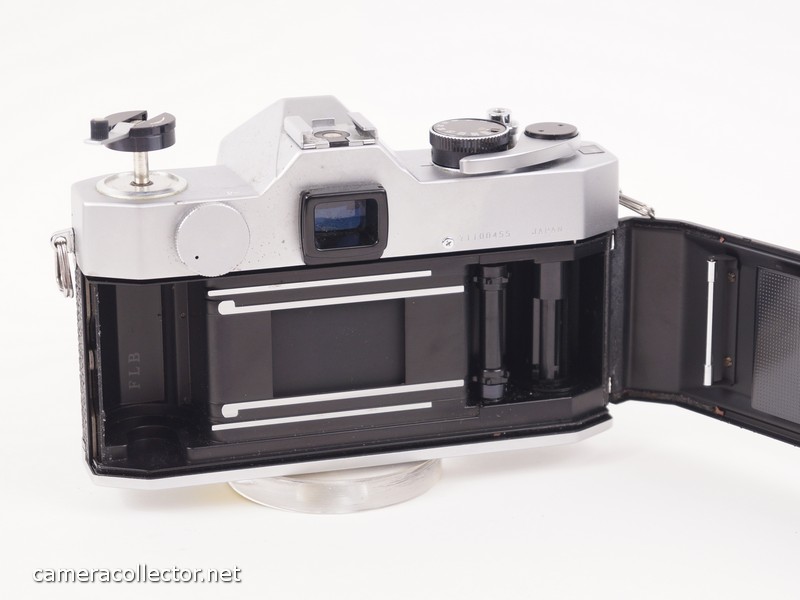 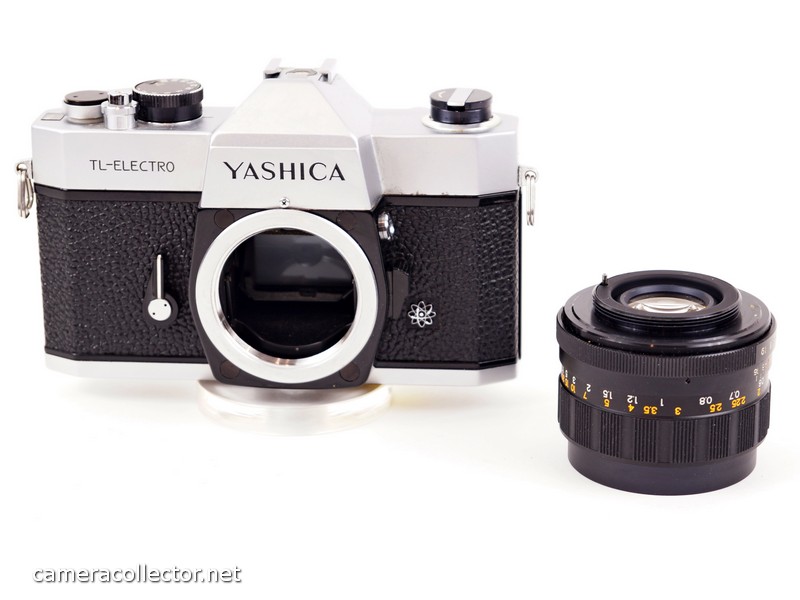 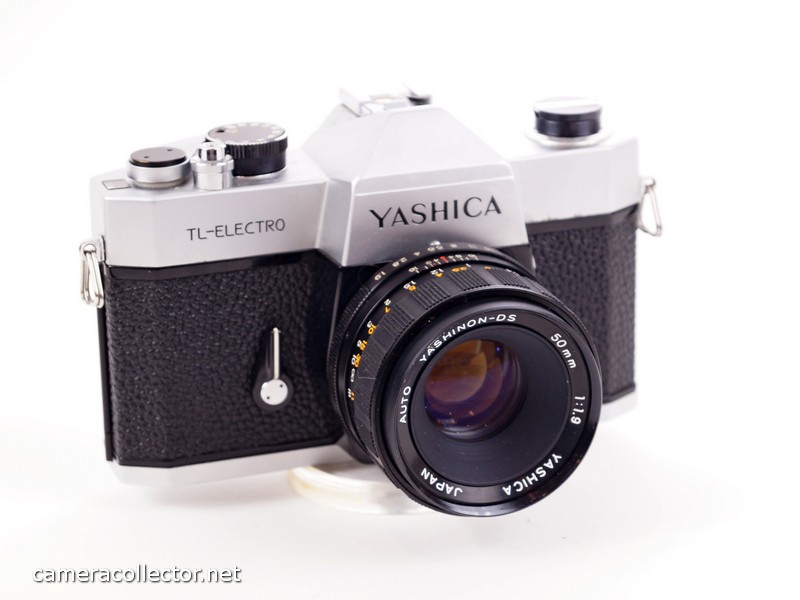